During his presidential campaign, Trump said he would terminate the J1 visa if elected.

This would come as a big blow not only to the hundreds of thousands of people involved in the cultural exchange community, but to the US and its position on a world stage.

Over 300, 000 people visit the US on J1 visas each year, flocking to cities and towns all over the states including hotspots like New York, San Francisco, and Boston. The J1 offers adventure seekers the chance to be immersed in a new culture, have fun with new friends, and expand their work experience.

President Trump may be considering ceasing the J1 programme but he shouldn’t ignore the huge benefits to the US in terms of both monetary and cultural advantages.

Here are some of the key benefits:

Let’s look at the numbers. The contribution that cultural exchanges make to the US economy is nothing to sniff at. Participants travel from 200 countries around the world and international students contributed a whopping €27 billion to the US economy in 2013-2014 alone. 50 states are involved in hosting those who took part and there are over 100,000 members in the online exchange community.

These are the staff, volunteers, and participants who become members of an online community to voice 'have a seat at the table' by being part of leading organisations advocating for public policies for exchange programmes. You can read more about membership here. 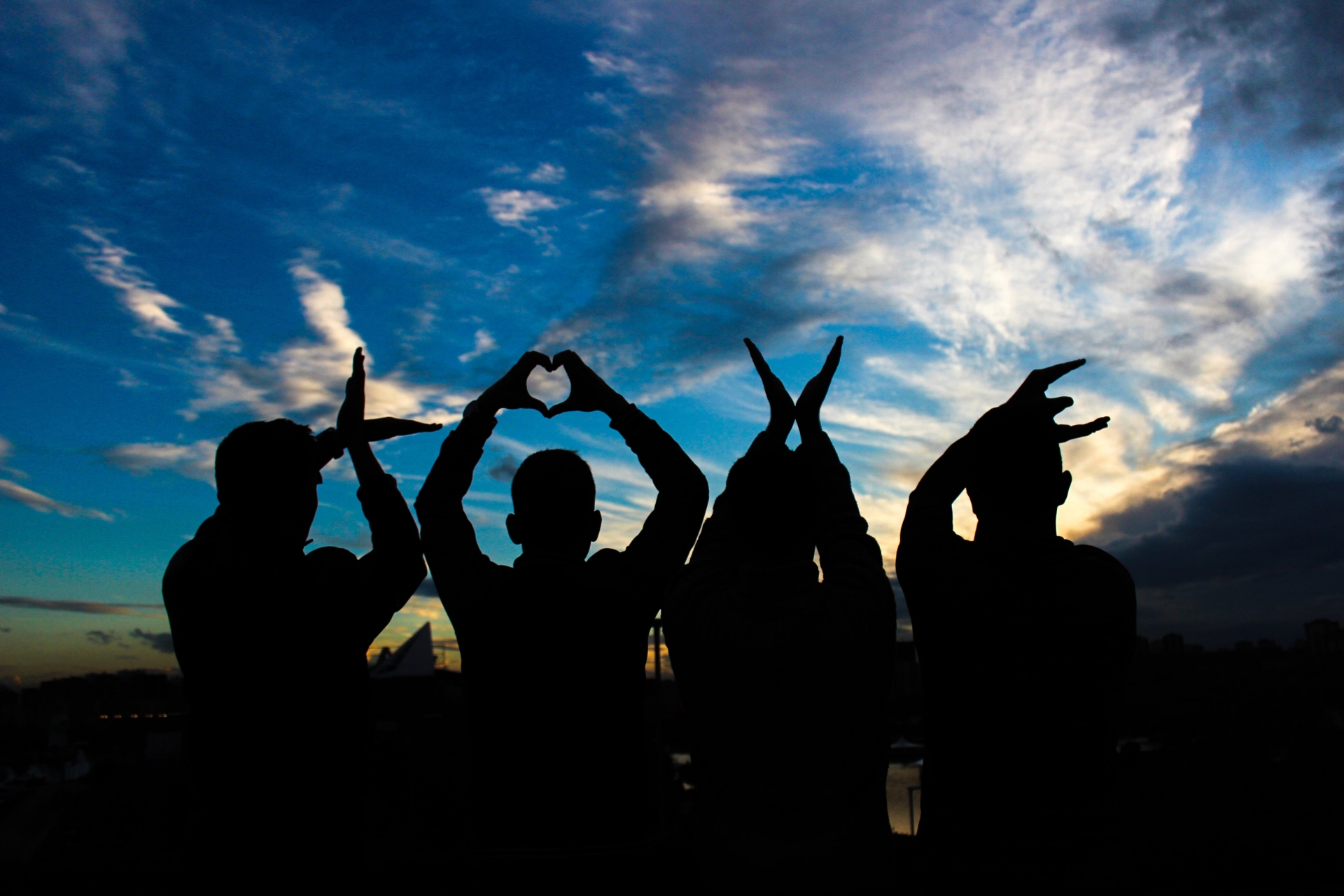 The figures above say a lot about the bigger picture and wider benefits to the US, but what about personal experiences? Exchange programmes like the J1 can help people grow in ways they never thought of.

This is what a Japanese J-1 trainee from Tokyo had to say about his experience:

“Before I came to the United States, I had somewhat negative stereotypes of the people in this country. We often refer (to Americans) as friendly to those who they meet for the first time but rather indifferent to others, and very rational but usually behaving largely only in their own interest. Most of my negative expectations turned out to be false—my co-workers took care of me daily, talked with me about broad topics.” (source).

‘’with the rise of Islamophobia and hate speech covered in the media, I expected to face some sort of discrimination for wearing a hijab. However, nothing of that sort happened. In fact, people were super nice to me, and complimented me on how beautiful my scarves were. This has made me realize that there are good people who see past one’s belief and acknowledge humanity above everything else in these trying times,” she said. (source).

Data from Alliance for International Exchange reveals just how big of an impact these programmes have made on individuals who have taken part: 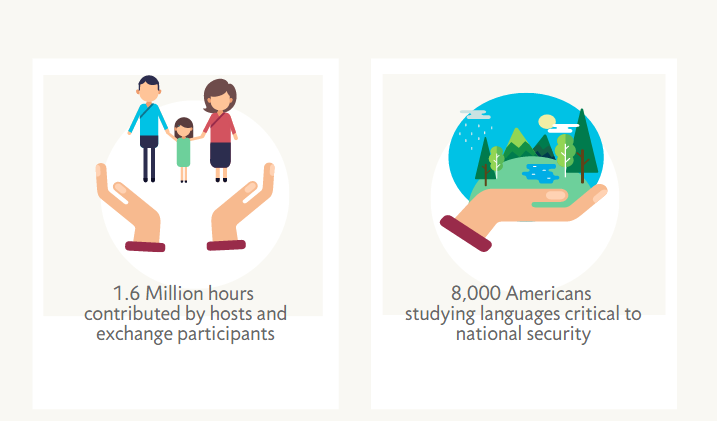 So many Americans take part in the programme too, contributing their time along with participants. Americans on these programmes also learn languages that are critically important to the country’s national security.

Organisations such as the Alliance for International Exchange hold wonderful events and initiatives like J-Day as a national celebration of international exchange where participants and hosts come together to ‘’eat, play, and give’’, sharing cultural diversity and American customs.

Read the blog: The complete guide to your J1 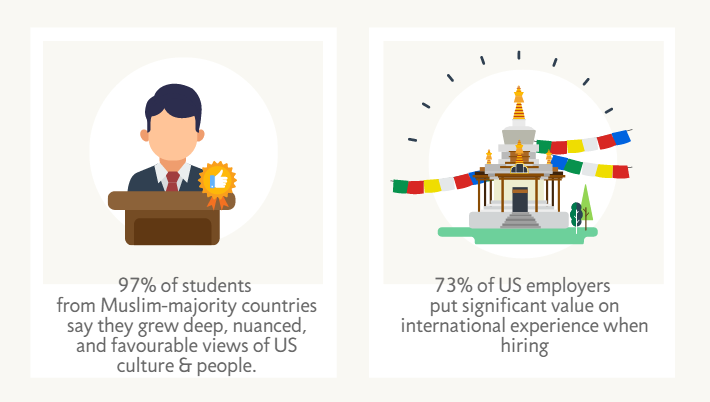 Working and living in another country is also a great way for future generations to gains some experience before going into fulltime employment. 73% of US employers stated that they put great value on international experience.

This experience not only gives young people knowledge of new markets but opens up curious minds to different perspectives and alternative ways of working. 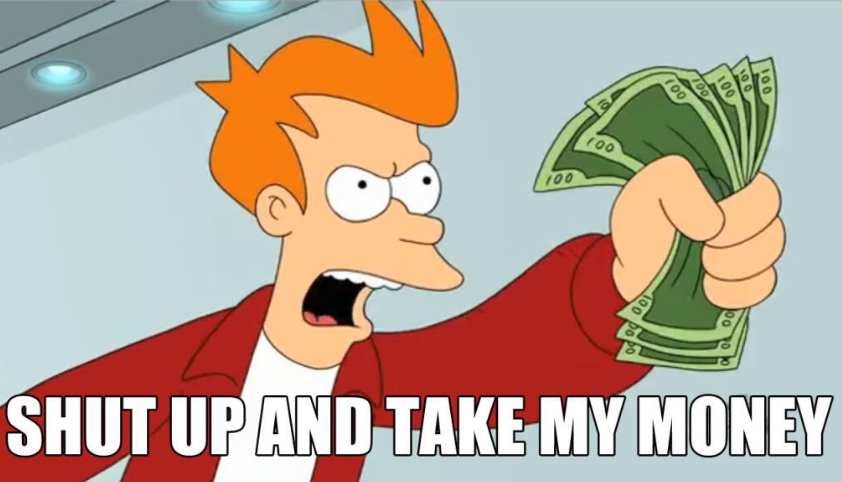 International students alone contributed a huge amount to the economy and when you are on a J1 visa, you may be able to claim back on certain things when you leave after filing your tax return, but there are items you cannot claim including food, travel, and accommodation.

International students can claim back on the cost of tuition fees in many cases, but they contribute far more than what gets refunded to them.

All of this goes into the US economy. Banning these types of exchanges would leave a big gap that couldn’t be filled by Americans alone. 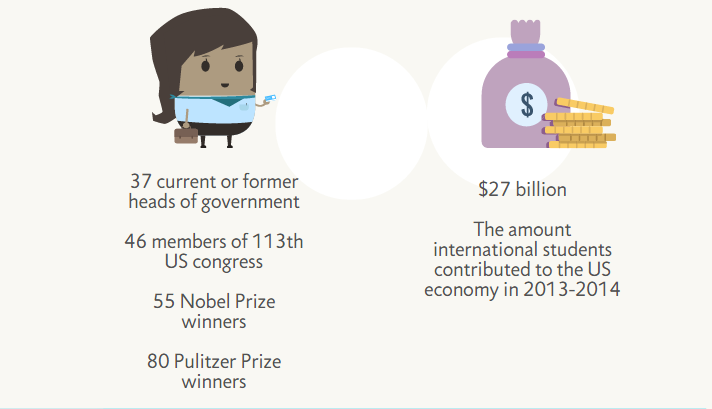 Cultural exchange programmes in the US also boast an impressive alumni with current and former heads of government among them. It goes without saying that anyone who works for a government would benefit greatly from experiencing a different culture and working abroad.

J1 visa holders also fill up seasonal jobs that otherwise would probably go unfilled. Businesses could run into trouble trying to fill these positions in peak season if the J1 was discontinued. 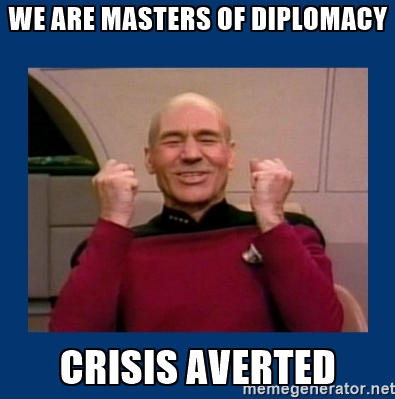 These types of cultural exchanges are also good for the US to create ties with other countries around the world. No man is an island and we are all part of the bigger economy; we are all part of the planet! The internet has brought countries even closer together and the US would be taking a huge step back if they discontinued these types of exchanges.

Ireland sent around 8,000 people on the J1 alone last year, and Taoiseach Enda Kenny has expressed the hope that Trump won’t scrap it.

‘’I hope the J1 doesn’t end. It has been a very valuable scheme and given young people an opportunity to travel, an opportunity to see different places, to meet new people to get a sense of what America is and in a different way follow on the footsteps of so many other forefathers,” said Kenny’’ (source)

So…will Trump get rid of the J1 Visa programme?

Who can predict? Everything about Trump is unpredictable. He has already backed down on some of what he originally stated during the campaign and all references to the J1 visa have mysteriously disappeared from his website. 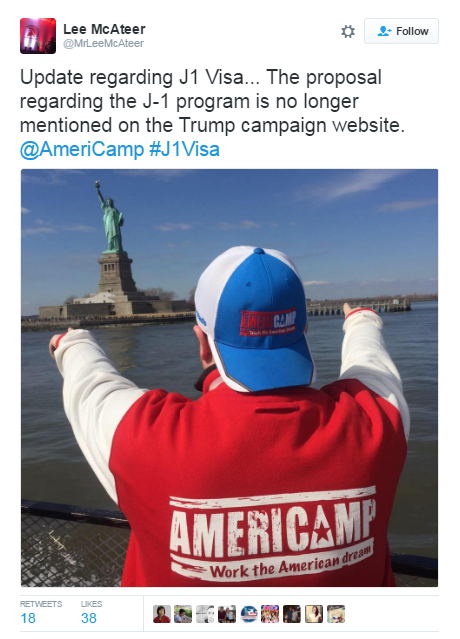 Trump had previously stated that “The J-1 visa jobs program for foreign youth will be terminated and replaced with a resume bank for inner city youth provided to all corporate subscribers to the J-1 visa program.”

He has the power to terminate the programme, but thankfully there are some powerful people with an interest in retaining the programme and the benefits that come along with it. Trump Tower has hired J1 students in the past, so as a businessman, it may not be a very savvy decision for him.

We could also surmise that it’s not a big priority for him at the moment as his focus appears to be on illegal immigrants with criminal records, which is exactly the same as Obama’s focus on the issue. Obama deported more illegal immigrants than any other president to date, so Trump will probably continue this, concentrating first on those with convictions.

This means we may not have any answer for a while.

As of now, the key factors to consider are:

As previously stated, we do not know for sure if Trump will go ahead with the termination. He is about as predicatable as the direction his hair will blow on any given day.

Until then, you are still free to apply for a J1 visa, your J1 tax refund, and if you get the chance, we recommend you take it!

Remember...you should file a tax return if you work in the US because you could claim back some dolla. The average US refund is $800. Find out more here.

Key Dates for the US Tax Year 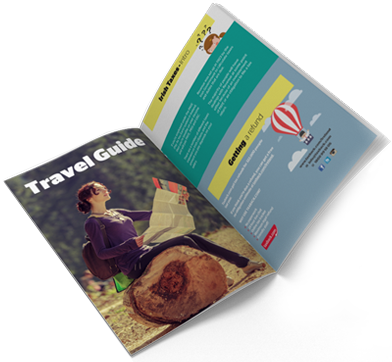