Taxback.com has found that the majority of people believe drivers of older cars are being unfairly punished when it comes to Ireland’s motor taxation policy, with 83% agreeing that the system should be overhauled in one way or another.

Leading tax refund specialist Taxback.com has released the results of the 4th installment of the Taxback.com Taxpayer Sentiment Survey 2018, which asked 3,000 taxpayers their views on the Irish motor tax system.

Ireland currently taxes motorists based on charging per CO2 emissions on all cars registered after July 2008. For cars registered before this date, motor tax is calculated on the size of the engine.

In the survey, respondents were asked the question, ''Motor tax is charged on CO2 emissions on all cars manufactured after 2008. For cars manufactured before this date, it is based on the size of the engine. Which of the following best describes your view on this?''

16%: I think that the current system is perfectly fair

25%: I think the tax system should be overhauled completely – scrap motor tax, increase tax on fuel so those who use their car pay more

15%: The system should be changed as CO2 is no longer the best measure of what’s good for the environment

17%: Motor tax should be based on the cost of the car 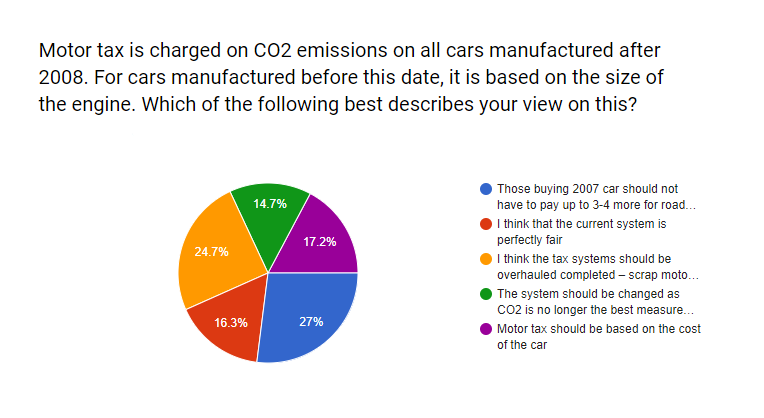 “The survey indicates that the changes in the motor tax system introduced in July 2008, which differentiated a separate method of tax calculation for vehicles registered pre- and post- July 2008, has ruffled the feathers of quite a large proportion of the taxpaying population.

The emissions-based motor tax bands might bring cost efficiencies for drivers of newer cars, but drivers who are just outside the cut-off point, are perhaps understandably frustrated by having to pay up to 3 times more tax than for a model just a year or two older.''

1. Road tax on a 1.2 Volkswagen Polo diesel/petrol car registered up to 01 July 2008 would cost a motorist €330 annually[1]. A search of leading Irish car sales website carsireland.ie, indicated that motor tax for the same diesel model registered in 2011, however would fall into motor tax band A2, costing significantly less at €180 annually. That’s a difference of €150.

Mr. Flanagan remarked on the variation in motor tax,

“It would appear, from these simple examples, that in effect, the current tax system rewards those with higher incomes, as they can afford post-2008 cars, and penalises lower income earners.

Almost ¼ of respondents said that they believe motor tax should be scrapped completely in favour of tax increases on fuel so those who use their car pay more.

The merits of this are not altogether difficult to see. The situation as it stands means that a person who commutes by public transport during the week, and only uses a car on weekends and clocks just 3,000km per year in their car pays the exact same amount of motor tax as a person with the car, but who uses their car 7 days a week covering huge distances, racking up 60,000km per year”.

The Taxback.com survey found that just over 17% believed that motor tax should be based on the cost of the car, while just 16.3% of respondents were happy with the current system. Mr. Flanagan commented,

“16% of respondents said they were happy with the current taxation system, and their reasoning could be down to the fact that perhaps they are newer car owners who are benefiting from reduced motor tax rates. In addition, the statistic might also reflect the growing importance of the issue of carbon emissions and climate change among the Irish public.

Our national climate change commitments do require action, and action across Europe on this issue is increasingly being taken in the form of taxation measures and schemes to incentivise the ownership and use of lower carbon vehicles.

Interestingly, Ireland dropped 28 places last year in the 2018 Climate Change Performance Index, to 49 out of 59 countries[4]. So there does seem to be a need to balance environmental concerns, while ensuring that motor taxation policies are equitable and affordable for Irish motorists.”

A creative, technical, analytical, professional with a deep understanding of evolving online behaviours. Thirteen years of immersing myself in the digital industry has given me expertise in developing web and mobile conversion and optimisation strategy, and creating campaigns & projects that drive traffic and customer conversions. Also, I'm a petrol head - LOVE cars! 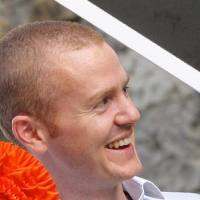