What are you predictions?

It may not be the World Cup but the Asian Cup is just about to take place in Australia and for the first time in a "western" country. It is the second-oldest continental competition in world football and where better to showcase the best players in Asia, than in Australia.

It starts on Friday 9th January 2015 in Melbourne Rectangular Stadium where Australia will take on Kuwait. The other host cities are Sydney, Brisbane, Canberra and Newcastle. The tournament will run until the 31st January where the Final will take place in Sydney Stadium.

I don't know about you but any tournament like this I have to have a little gamble so I have done my studying and here are my predictions. The groups are:

Our favourites to win each group would be Australia (as they are the host country) but South Korea will be a tight contender for Group A. Group B, I would go with Uzbekistan to win the group and China or Saudi Arabia to be a close second.

Iran should run away with Group C and UAE would be my second place. Group D holds the tournament favourites, Japan and I can't see them slipping up within this group. I feel there only challenge here will be Iraq who will also find it easy to come in second place within the group.

What about the Australian Team?

I think that Australia will have a harder time qualifying from there group than Japan but after their display in the World Cup (even though they didn't win a game) I still felt that Australia played as a team and with pride and will be difficult to beat.

This could be the perfect time for the Socceroo's to win this tournament and hopefully as they are the host country that everyone will get behind them and see them hold the trophy on the 31st Jan. Don't be fooled though, as Japan will be no pushover and will want to prove themselves on the World stage.

If you're interested in seeing any of the games there is tickets still on sale. Ticket prices and where each game is been held.

How can you claim your Australian backpacker tax refund? 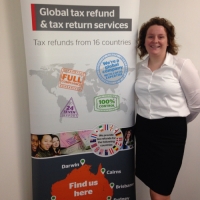