Kilkenny's David Morris has just beaten the World Champion Mark Selby in the second round of the Coral UK Championship in York.

The win against the 2012 champion, Mark Selby, was Morris's biggest win to date. He is currently ranked 62nd in the world, but has his sights set on being number 1.

Morris showed true quality with a match-topping 126, and finished the game in style with a match-clinching break of 79 in the 10th frame. Morris turned 26 last week, and has made it through to the third round where he will play David Gilbert at the Barbican Centre.

Taxback.com are happy to announce that we are Sponsoring David Norris, and wish him all the best in the Championship!

Here's what Morris had to say:

"Even at 3-1 up, I was shaking on shots because I am not so used to being on the big stage. To beat someone of Mark's class is a big feather in my cap. I had a few good wins last year but you can't compare it to this because it is such a big win for me in front of a packed audience on TV."

In his interview with BBC, Selby said:

"I didn't think I played well at the start and deserved to be 3-1 behind, I played better after the interval and so did Dave and on the day he deserved to win. I know the potential he has and should be better than he is doing. He showed what a great player he is out there. If there are any positives about the loss, then it is that I can go home and spend more time with my daughter."

Morris, who believes his key strengths are potting and break-building, grew up in a house in Kilkenny numbered 147! We were all very excited by his win at the weekend, especially the staff in our Kilkenny office.

"We’ve been filing David’s tax returns for a few years now and it’s fantastic to see his career take off like this" said Colm Murray of Taxback.com’s Irish Tax Division. Morris takes on his next opponent, David Gilbert, today. Well done again David.

We’re all rooting for you. Good luck! 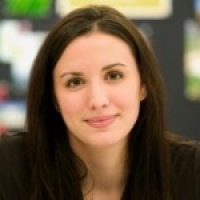