The press release we issued about our pre-election tax calculator got good coverage across both traditional and digital media.

Little did everyone know that the 2016 General Election would still very much be a talking point over two weeks after we went to the polls. However, while the posters might be down, there’s still plenty of discussion about the new Dáil. Our Election Tax Calculator got a great response both online and offline so we thought it would be good to share five positive results from our PR campaign.

1. Thousands of views on the Journal.ie

The Journal.ie has got excellent readership figures and so we were pretty happy when they featured our calculator in one of their election articles. 18,000 views later, it’s safe to say it reached a large number of eyes.

The Irish Times also wrote a piece about the effect on people’s take-home pay which mentioned the calculator. For a couple of glorious hours, it was featured slap bang in the prime position on their homepage.

3. A great shout-out on ‘The Last Word’ with Matt Cooper

Charlie Weston was the guest on Matt Cooper’s popular drive-time radio show and spoke of how useful our tax calculator is. Thanks Charlie!

The Irish Daily Mail had quite a chunky article about the tax changes under each party leading with the headline that people would be best off under Renua.

Everyone wants more traffic for the website and thanks to the election calculator and resulting the strong press coverage, we got a spike in web visits during that period. What’s more, each person was spending at least 7 minutes on the calculator.

Sometimes you can't predict what's going to get covered but you definitely increase your chances when you have something topical and useful to share. Our election calculator ticked both boxes as a lot of voters were curious about how they would be affected tax-wise. Now all we have to do is to wait and see if the manifesto promises are kept...

Hello. I live and breathe communications and love finding different and original ways to reach an audience. The challenge lies in trying to keep things fresh even when it’s a topic you’ve covered before. Branding, PR and communications are the three cornerstones of what I do so it’s a very interesting job! 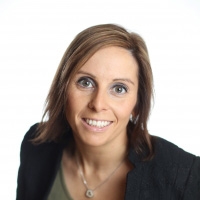