Vancouver is stunning. It’s a thoughtfully constructed city set on a backdrop of ocean views and breathtaking vistas, and while on the expensive side, it’s frequently cited as one of the most livable cities in the world.

However, it’s small. The city itself only has a population of around 600,000. Furthermore, the majority of ’s population is made up of families and people leaning towards their thirties/forties – the city just doesn’t have the barrage of Young Professional

Twenty-Somethings that populate most other major cities and create a viable market for a buzzing nightlife. As a result, the city has perhaps unfairly earned the nickname No Fun City, fulfilling the age-old stereotype of pretty yet boring.

So if you’re in your twenties and moving to , are you going to be disappointed by the lack of a social outlet? We’ve called in the help of Toby for advice on navigating the city’s nightlife:

The basics – closing times and prices

One of the reason for ’s bad rep is it’s tricky alcohol licensing. While most nightclubs close at a fairly standard 2am - although last call is legally 4am, most places will close by 3 - if you’re hoping for a late one in a pub or bar you’re probably going to be disappointed as most close at around 11:30pm. It’s also forbidden to drink in public places, and you face a hefty fine if you’re caught. On the bright side, beer is not expensive, and has a great brewery scene that will totally grow on you if you let it.

Toby: A brilliant reason to go to is that a lot of pubs and bars do their own beers at really reasonable prices! If you head downtown, you can typically get a craft beer for around $5-6 depending on where you go. If you don’t fancy that, a regular draught is usually around $4.

Toby: The main strip for bars in downtown is , which is where a lot of ’s younger population head for a night out on Saturdays and definitely where I spend most of my time. I’ll be honest, I’ve never had a messy night out since I’ve been here (mainly because I’m working and can’t afford to go too hard!) but I think if you really embrace the flavour of the city you can always have a decent night. I’ve really got into my craft beers and I love that they’re so readily available in nearly every bar here. Another strip I particularly like downtown is  - Yaletown Brewery in particular’s got fantastic beers.

As Toby says, downtown is probably the most well-known area in terms of ’s nightlife, home to a wide selection of clubs and bars. While it might not be Magaluf-tier crazy, a quick flick through Tripadvisor reveals there’s something for everyone, from standard nightclub fare to upmarket cocktail venues and videogame-themed bars.

Toby: Because I sourced my placement independently, I was coming to totally solo. I didn’t know anyone, and everyone I worked with wasn’t really in my age group so I was a bit apprehensive about making friends. A friend of mine recommended that I download an app called MeetUp, and I can see how it would be helpful for others, but I ended up just going to bars and making friends that way. People in Canada are extremely friendly – for a guy from London, going to a bar alone seemed like a bit of a weird concept, but actually it was one of the best decisions I made, because I managed to meet so many people my own age in a really chilled environment.

You’ve probably heard the stereotype that Canadians are particularly friendly, and that label is not unfounded – it might take a bit of guts, but if you put yourself in the position to meet people, you will! If you’re less outgoing, there are other options – joining relevant Facebook groups, for example, and the aforementioned MeetUp app:

MeetUp is a similar format to last-minute calendar apps like YPlan – you enter your city and you’re given a list of user-created groups for various demographics, and a date for the next event that particular group is planning. One of the more prominent groups, Young Vancouver Social, is currently standing at nearly 5,000 members and offers outdoor activities such as rock-climbing and hiking as well as the more traditional pubbing and clubbing options (If you’re moving to Vancouver, you’ll soon realize that it’s an extremely outdoorsy city). 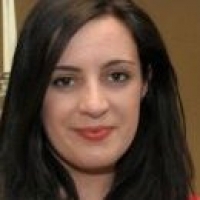