British immigrants will have to pay £20 each to help finance community services such as schools and hospitals, as well as the migration administration. This new tax was introduced along with other regulations aiming at sifting through migrants and making sure passport candidates earned their stay. 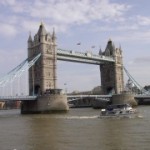 At times of crisis, migrants often become targets of exclusion; however there is a growing concern that regulations should not become too strict and put off immigrants as they are vital to the UK economy.

If passed, the Immigration Bill will also introduce the “probationary citizenship” that will replace the straight settlement application after the fifth year. The probation will go for another five years and can be substantially shortened with community and volunteer work, such as fundraising or running children’s sports team.