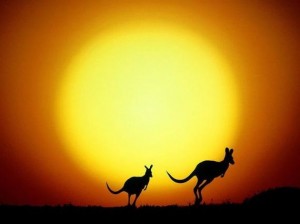 Increasing numbers of Irish residents are migrating to Australia as the economy continues to slide down the recession slope. Rising unemployment rates and grim expectations for 2009 have made it even more tempting to start over down under, especially for builders who suffered most from the plummeting building industry.

The number of Working Holiday Visas issued in the second half of 2008 has increased by 33% compared to the same period in 2007. People who have already been on a working holiday are now applying for a second working holiday visa, which may only give them another year but is considerably easier than going through the standard skilled migration application.

At the same time the Australian economy is bracing for a tough year, with a second stimulus package on the way. Public spending plans include massive infrastructure building in an attempt to keep the building industry afloat, which is where the hopes of the builder immigrants go.