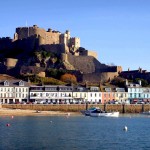 A new agreement between Jersey and the UK allows HMRC direct data access to subsidiaries of UK companies, aiming to clamp down on tax evaders. The UK has already signed similar agreements with Guernsey and Isle of Man.

With this new data access, the UK tax authorities seem to have expanded their reach to territories that were traditionally targeted by corporate tax planners. It appears that, as the recession is deepening, governments are forced into prosecuting tax evaders farther and harder than before.