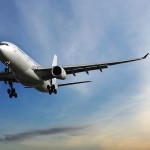 Since the Irish Budget 2009 was announced in October there have been many rumours that the unpopular proposed Ireland air travel tax would be scrapped. However the Finance Bill announced yesterday confirmed that the new airport tax will apply to all passengers on flights from Irish airports from 30 March 2009.

Most travellers will now pay travel tax of €10 per passenger or €2 for short journeys.

Irish airlines have been announcing their positions on airport tax. Aer Lingus says it will absorb 75% of the new tax on behalf of its customers. Ryanair recently said it was closing its Masstricht routes after similar travel tax levies were imposed in the Netherlands, and that it is launching new routes from Belgium now that a €10 travel tax has been scrapped from there.