Sportspeople, by definition, are an exceptional bunch of people and they lead different lives to most people in the tax system. The type of income they get and the expenses they incur may be different from other taxpayers. The amount of tax a sportsperson pays will depend on where they are based, what they are competing in and their amateur/professional status. They may therefore require specific help in several areas.

The UK has a notoriously difficult tax regime and sportspeople have to watch their positions carefully. We hope our guidance below will help sportspeople understand the special rules, however, why spend time on tax, to the detriment of possible sporting achievements, when Taxback.com are on hand to help!

The activities of most sporting participants remain purely a leisure pursuit or hobby, even though payments may occasionally be received, e.g. Athlete Personal Awards from the National Lottery Sports Fund. An amateur athlete who receives only an Athlete Personal Award is unlikely to be taxable on this income. However, if an athlete is organising their activities in a business-like manner and with a view to making a profit, then their income, including any APA, will probably be taxable.

An Olympic medal winning swimmer receives a fee for opening a local restaurant of £1000 and £1500 for giving a presentation on motivation at a management conference. She engages in no other such activities and receives no other such income (apart from her APA). If these fees were earned under an enforceable contract for her services then they will be taxable (as will her APA.)

HMRC’s Business Income manual BIM 5060C provides 3 case studies which give further guidance on this issue, however, often whether a sportsperson has become a ‘professional’ is not clear and this puts the individual in a difficult position regarding whether to submit a tax return and if so what income figures to insert.

The complexity of the system, coupled with a young sportsperson’s lack of guidance and experience can sometimes get them into trouble and it may be wise to file a tax return to disclose a small amount of miscellaneous income, even if ultimately no tax is found to be due, to ensure their obligations are completely met and reduce potential exposure to a HMRC’s enquiry into their affairs in the future. Taxback.com can help with this with a basic self-assessment tax return. 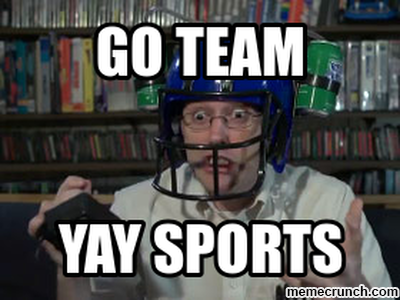 The starting point for most sportspersons is to understand the general rules regarding self-employment/employment and guidance can be found on HMRC’s website www.hmrc.gov.uk.

The leading individual figures in sport, i.e. athletes, golf, tennis are likely to be self–employed i.e.  assessable on their earnings as persons carrying on a trade, profession or vocation. Their income is likely to be made up of several of the elements listed below (less any related expenses). Their final UK income tax liability will be determined through the completion of a tax return, after 5 April each year. In the case of team sports, i.e. cricketers, footballers, rugby players, they will likely be employees of the club for which they play and will receive a base salary, which should be subject to PAYE at source. In addition, they may also be in receipt of various elements of other income, such as that listed below and this (again, less any related expenses) will also need to be reported appropriately on a tax return.

Some leading sportspeople have their own companies, which are often described as sports consultancies, providing the services of the individual. In some cases the receipts and expenses linked to their activity will be treated as made to/by them personally rather than assessable on their company, so professional advice should always be sought in such cases.

Sportspeople are entitled to deduct a range of expenses incurred in earning their living.  Here are some common ones:

Some expenses are likely to cause difficulty where there is an intrinsic duality of purpose. For example, dietary and nutritional supplements are generally not allowed on the basis that there is a dual purpose – the profession and the better health of the sportsperson.

It is essential to keep records of all income received – including copies of any invoices as well as supporting evidence to substantiate any expenditure claimed – e.g. copies of receipts for purchase of expenses for the purposes of completing your tax return correctly.

A sportsperson should work through HMRC6 Residence, domicile and the remittance basis booklet to help determine their residency status. In general, UK resident sportspeople will pay UK income tax on their earnings whether they arise in the UK or abroad. In the case of earnings from abroad, any foreign tax paid may be offset against the UK tax due on that income.

Non-UK resident sportspeople will pay UK tax on the proportion of their earnings which relate to UK activities. In the case of team sports - a non resident footballer playing a match here for example - earnings attributable to the UK match will be taxable in the UK. In the case of an individual – for instance a non resident tennis player competing at Wimbledon - UK income should include amounts applicable to the UK activity, e.g. tournament winnings. If a sportsperson is unsure as to whether an amount is UK ‘source’ they may contact HMRC’s Foreign Entertainers Unit for advice. The FEU will also give advice as to apportionment of expenses into and out of the UK liability.

Non-resident sportspeople will generally suffer basic rate tax at source on any payments made to them, e.g. 20% will be deducted by the tournament organisers from prize winnings. Any withholding tax is then treated as a payment on account against the ultimate UK income tax liability, which, dependent on the level of income and expenditure, is subject to progressive levels of UK taxation.

Sportspeople who are resident abroad should be able to offset any UK income tax against their income tax liability at home, so that they do not suffer tax twice. Nevertheless, foreign sportspeople coming to the UK, have much to think about to ensure that they meet their tax obligations here. We can help alleviate the burden of tax, thereby maximising a sportsperson’s medal potential.

UK tax rules mean that in addition to tax paid on prize money and appearance fees, etc. in connection with a performance in the UK, visiting sportspeople have to hand over a percentage of global endorsement income, with the amount proportional to the time they spend in the UK - e.g. if a professional runner competes in two events in a year, one of which is the London marathon, then he would be taxed in the UK on half his global endorsement income.

This affects many individual sportspeople (team sportspeople are not included) and has been putting foreign players off of competing in the UK, because for some, their UK income tax liability can actually be greater than the prize money and appearance fees if they win a UK event!  Recently, the Government has made a decision to relax these rules in a move aimed at encouraging high profile names like Usain Bolt and Rafa Nadal to take part in the UK on a more frequent basis.

It is now conceivable that HMRC may begin to look to compensate for potential loss of revenue by recouping tax from other sporting sources.  HMRC’s recent enquiries into the image rights agreements entered into between leading football and rugby clubs and their players, may provide some indication of where HMRC may be looking to fill this revenue gap.

Image rights refer to an individual’s proprietary right in their personality and their right to prevent an unauthorised use of their name or image or a style associated with them. An individual can either profit by selling their own image rights or will license their right for use by a club for an annual payment. These rights are then transferred to ‘image companies’ often, offshore, which raises two issues for HMRC: 1) a company pays corporation tax at relatively low rates and there is no National Insurance to pay, so this structure can often deprive the Exchequer of significant amounts and 2) payments to non-domiciled players paid to offshore companies may not be taxed at all, provided these sums are not remitted to the UK.

Whilst image rights are a matter of contract between club and a player, HMRC may argue that in many cases, such an arrangement is merely used to ‘disguise’ salary as image rights. Therefore HMRC will look to see if the sum paid to acquire the image rights accurately reflects the value of these image rights by looking at the profile, exposure and on/off pitch value, of the individual concerned.

For example, David Beckham’s image rights may be valued at a much greater worth than his value as a player. In all cases it would be very important to have received professional analysis regarding the robustness of any such arrangements before any decision is made as to their relevance or otherwise for a personal income tax return.