In this particular case we established that the basic UK residency rules and income tax treatment adopted by his previous UK tax advisors, were not in line with our own interpretation of the UK tax law for wind farmers.
Due to the untested area of UK tax legislation and our firm belief that our interpretation of the complex residency laws surrounding windfamers was technically robust, we submitted amended tax returns to HMRC for our client. The result of which was an additional repayment of UK income tax from HMRC to our client of over £57,000!

Following this successful outcome with HMRC, we have since successfully submitted tax returns for over 50 other wind farm workers in similar circumstances and obtained numerous £1,000's of tax repayments from HMRC, which would not have been issued to our clients without our intervention as UK taxation experts.
At the time of writing it is still possible to claim a backdated repayment from HMRC until the 2010/2011 tax year, even if your 2010/2011 UK tax return has already submitted to HMRC by yourself or even another UK tax advisor.

We can undertake a free and no obligation review of your UK tax affairs, to establish if there is any scope to obtain a tax refund from HMRC on your behalf.

We operate a cost effective flat fee structure of £249 for each tax year we successfully obtain a repayment from HMRC, irrespective the level of the repayment obtained for that tax year.

If you would like any more information on how we can help you obtain any tax repayment due to you from HMRC, please email our UK client relationship manager Lisa Quirke (lquirke@taxback.com).

A tax certified technician (ATT), having the opportunity to attend my ATT ceremony in the UK Parliament's House of Lords. I am truly passionate about my work and always eager to hear from former or current colleagues, managers, or just interesting creative people, so feel free to contact me if you’d like to connect. 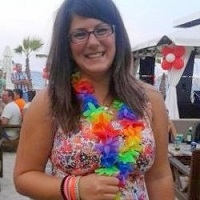