Got Questions?
Our Online Tax Team is ready to help! Chat Live Now

Our CSR activity is carried out all year round

Refunding the world one taxpayer at a time csr news

How the Separated Children Celebrated Christmas

They were told to order what they liked and they did. Both floors of Madina’s Desi Curry in Dublin on were booked as more than half of the 90 Separated Children living in institutions across the capital enjoyed their first day out thanks to taxback.com, MCD and Swan Cinema.

There was an air of excitement as the teenagers, hailing mostly from war-torn African countries, tucked into halal chicken tika masala and prawn biryani washed down with non-alcoholic champagne.

Main courses finished, one teen, a sixteen year old braving the minus five temperatures in a jumper, asked if he could be excused. Twenty minutes later his friends oo-ed and ahh-ed as he walked back into the Mary Street curry house wearing a new jacket. It was black, cut to the waist with a slightly military look, bought using vouchers received from Santa a few days earlier.

Separated Children is the official term for children who have been rescued from child traffickers or who arrive unaccompanied in Ireland from war-torn countries seeking asylum.

In November Emily Logan, the Ombudsman for Children, issued what was a damning report detailing how the level of care given to these children was not only far lower than the care given to Irish-born children but lower than minimum levels required by Irish law.

As someone who has visited and taken on projects with orphanages in Belarus, India, Georgia and Ethiopia I can say that the level of care given in even the worst institutions in these countries is better than what we in Ireland consider acceptable for Separated Children.

Many of Ireland’s Separated Children live in hostels with no care workers and no supervision bar a security guard between 5.00 in the evening and 9.00 the next morning. They are given a weekly allowance of €19, but as this has to cover all of their day-to-day expenses it does not usually last long.

But this was not a day for focusing on what they did not have. Only a few weeks earlier it looked as if Santa might not make it to the Separated Children. Then MCD, taxback.com, and Swan Cinema stepped in.

As the curries were enjoyed many of the conversations centred on Sherlock Holmes, the film playing in the Sawn Cinema in Rathmines, which the children had watched that morning.

Later in the talk would switch to Disney on Ice, the show which MCD had lined up for the children that afternoon. As Minnie skated across the Citywest Ice to embrace her black-eared partner, one child, a fifteen year old from Kenya, turned to say something. “Pardon,” I said, cupping my hand over my ear. “Thank you,” he said. “We’ve never been brought out before.”

It wasn’t so much an appreciation of Mickey and Minnie antics, although these were enjoyed by all the children. It was more gratitude for being thought of.

The day out was one part of a Christmas experience organised with the assistance of the Office of the Ombudsman for Children, which began when the children were asked for the first time since reaching Ireland to write letters to Santa Claus.

Taxback.com and MCD stepped up to make sure Santa knew the children’s address this year. The most popular item for the children whose annual clothing allowance is €350, was clothing vouchers, followed closely by MP3 players. For next Christmas all these children want is to be given the same treatment as the Irish children they go to school with every day.

Tom McEnaney is the founder of the International Orphanage Development Programme (IODP), which works to improve the lives of institutionalised children. During the course of 2010 IODP will undertake other Separated Children projects, mainly focused around sport, education and days out.

If you'd like to enquire about our CSR programme, email corporatesocialresponsibility@taxback.com 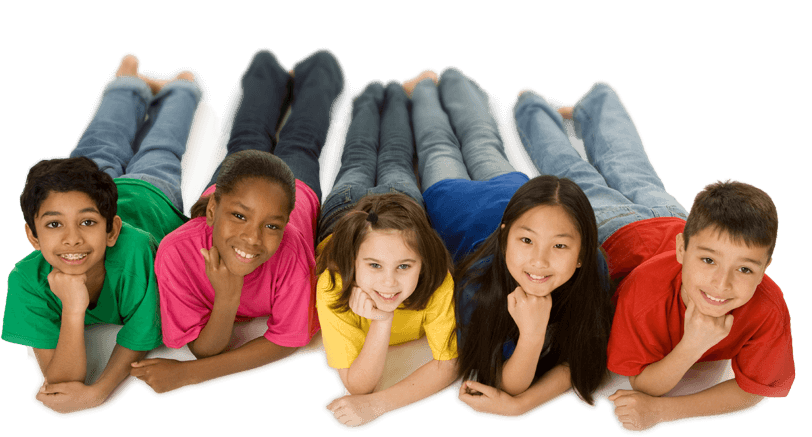 CanTeen, Australia
CanTeen's mission is to support, develop and empower young people living with cancer. The team in our Sydney Office has carried out several fundraising activities for CanTeen Australia.